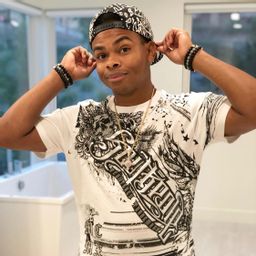 DangMattSmith is an actor and internet sensation. He began his career creating comedic content on YouTube and has gained over 13 million subscribers and over 1 billion views to date. The Los Angeles-based comedian posts hilarious reaction videos and relatable skits on his channel, using humor and laughter to bring people together and make their day better. He has a successful clothing line with apparel and accessory items that makes looking good easy. He has worked with top brands and companies such as Nickelodeon, FOX, Lionsgate, Old Spice, and Footlocker. Having gained a couple million subscribers in a matter of months, DangMattSmith is quickly becoming a titan of comedy in this social media generation.