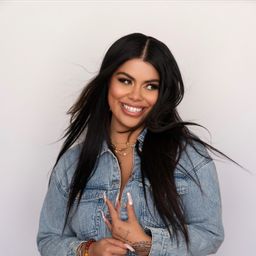 Drew Afualo, best known as TikTok’s “Crusader of Women,” is a part of the new Hollywood's next generation of rising stars. From her hilariously witty content to her no-BS approach to shoveling misogyny out of the TikTok app via viral takedowns, Drew is taking female empowerment to new levels. Beyond her content on TikTok, Drew has stepped into the world of entertainment by launching two media platforms — a new show called The Comment Section with Drew Afualo and Two Idiot Girls, the latter of which is a podcast she co-hosts with her sister Deison Afualo.